The Venue
If every city is a living breathing being, then every city finds it’s heart in it’s premier sports venue.

Madison Square Garden’s esteem and greatness easily goes beyond New York and makes it one of the premier venues in the world. Ali fought Frazier there. Sinatra sang there. It’s the home of the Knicks, the Rangers, the Johnnies, the Big East Tournament and countless other world class events. When you can trace a venue’s history back to before the invention of television, not only has it stood the test of time, it has become an icon. 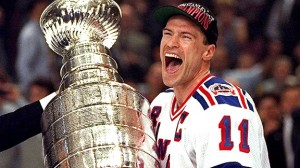 Mark Messier promises to win the Stanley Cup despite the Rangers being down 2-3. Then, in a triumph that has made Messier a hockey god in New York, they do it. Best of all? They beat Jersey to do it.
Honorable Mention: Yankee Stadium

Taking the Lakers from the Fabulous Forum, Staples Center has risen in recent years to be Los Angeles’ premier venue and somewhat interesting/not interesting night-life area. Home of the Lakers, Clippers, Kings, and Sparks, the Staples Center has made it’s way to become the center of L.A. sports. It’s history may not have been around long, but they have been winning. Despite being opened in 1999, Staples Center has been home to 4 NBA Championships and a Stanley Cup. Not too shabby for a youngblood. (Also, the Kings beat Jersey to win too) 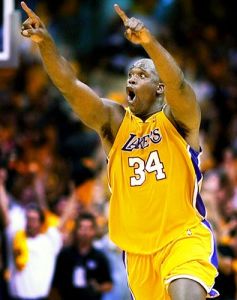 Despite the rumblings of the impending feud, Kobe and Shaq connect on a transcendent ally-oop that caps off a comeback to win the Western Conference Finals on route to their first championship together.
Honorable Mention: The Rose Bowl, The Coliseum