I’m a simple man. I don’t have all of the sabermetrics and fun stats for you. I don’t even know all of the teams playing this year. However, I’m the very guy you want advice from for your NCAA bracket. I’m not here to tell you who to pick. I’m here to tell you how to have a good time.

DO: Make a Bracket!

No one is above having a little fun in March with a bracket. Even if you’ve never done it before, even if you dont know the teams, fill it out. You can find it here.

DON’T: Read Too Much
The analyses can be maddening and the wealth of information will paralyze you. Make choices, be decisive, be bold.

DO: Bracket With Friends
You’re gonna need someone to gloat to or be gloated at. It’s a healthy gloating. One that fuels the competitive fire inside you that will help you have a stake in these games. 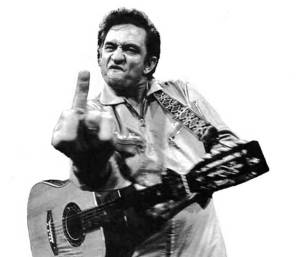 Tell them you closed your eyes and picked with this finger.

DO: Friendly Wager
It doesn’t have to be money. Maybe a chore or a meal. Having something on the line makes it more interesting for all parties. The key word is FRIENDLY.

DON’T: Judge
Nobody likes that guy by the water cooler who knows everything about all the teams and judges other peoples’ picks. THAT guy ruins this wonderful season. He is the grinch of March Madness. 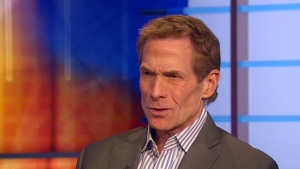 Don’t be THAT guy. We all hate him.

DO: Follow Along
Half of the fun is having something to check on everyday. You want to know how your teams did and trust me, even if you didn’t care about the teams before, you will now. Here are some app’s to make it easy.

DON’T: Exclude Anyone
It might make you furious, but let those who don’t know anything about basketball to participate. They probably have a better chance to win than you.

This will be her when she wins.

DON’T: Cheat
Make your bracket and keep it. Don’t make any adjustments or modifications to it after. You’ve made your bed, now lie in it. It’s called growing up. I’ve got Ohio St. and Michigan in the Finals. Bed’s don’t get scarier than that.

DO: Get to Know Players
A lot of these kids have great stories and fantastic personalities. Get to know some of them and you might just find yourself hooked on college ball. It’s great to watch as your favorite college players become your favorite NBA players (see: John Wall – UK. Don’t See: Jimmer Freddette – BYU.)

This is Aaron Kraft. Don’t mind his rosy cheeks. He’s a veteran floor general and one of the best on-ball defenders in the country.

This is Marshall Henderson. He’s got more than enough personality for the whole tournament.

DO: Root For Your Team 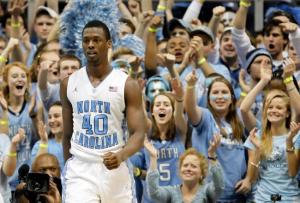 Don’t be ashamed to be a fan. Cheer and whoo and be part of the Madness that takes over our country for a few short weeks.

DO: Grieve on Facebook
Let it all out. You’re not too cool for mourning. 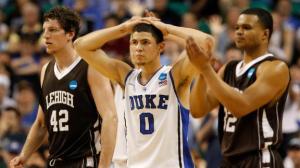