Today was the start of the NFL’s Free Agency and right off the bat, the League reminds you that it is quickly becoming the smart man’s game.

First off, some of the league’s best wide receivers made their way from good teams to amazing teams, in a sequence of events that should have you saying, “wait…what?”

Boldin’s trade today was as much a surprise to us as it was to him. The star Ravens receiver helped the Baltimore lift the Lombardi trophy with 104 yards and a touchdown in their victory over the 49’ers. At 32, he’s not quite a young buck, but Boldin makes his living with smart plays a great football IQ, not necessarily with speed and athleticism. 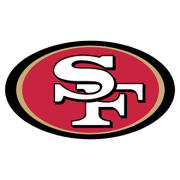 That’s right. The Raven’s just traded one of their star receiver’s to the team they just faced in the Super Bowl.

I know what you’re thinking. Well, if they traded him, the Ravens must have gotten deal they couldn’t refuse. Right? Well, let’s see. Pull back the curtain, let’s see what the Raven’s got for one of Joe Flacco’s favorite targets?

Wait, What?
Like “Q”, you’re probably asking what happened. What happened was that the Raven’s owed $6 million for 2013 and after failing to work out a different deal, the Ravens decided to trade Boldin in favor of just cutting him from the team.

It goes to show how an expensive defense and a fat QB contract for the Ravens can tie up the purse strings. Chalk it up to the 49er’s for having the great management in place to reserve cap space despite having the deepest roster in the NFl and collecting a veritable “gold mine” of draft picks.

Percy Harvin, unlike Anquan Boldin, is a true young stud. At 24, Harvin is a superstar receiver with ton’s of upside and has proven to be one of the best receivers in the league at gaining yards after catches. Adrian Peterson, (yes, THAT Adrian Peterson), calls Harvin the “best all-around player [he has] ever seen.” But no one is safe in the business of football, and Percy Harvin is packing his bags (not that he minds).

Where’s that, you ask?

Yup. Harvin is going to Seattle (not unlike the Sacramento Kings. Womp Womp). Percy Harvin goes from a team looming on the outskirts of the playoffs (Minnesota) to a team that looks poised to be a contender for years to come.

Wait, what?
Why would the Vikes trade away one of their best players to a team that is already dangerously close to winning it all? Well, there are 67 million reason why. Harvin’s new contract will bring him $67 million including over $25 million in guarantees. Quite a chunk of change for Seattle. On top of that, Seattle gives up a 1st round pick and a 7th round pick this year as well as a mid round pick next year. Not a bargain like Anquan Boldin, but Harvin’s career has barely started.

Seattle has put itself in this position by assembling a talented roster while avoiding big contracts. I mean, look at Russell Wilson. The kid is a poster child for under-rated talent. 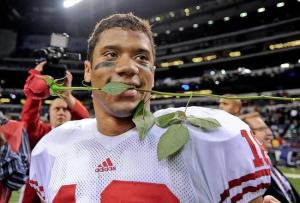 Why This Makes The NFL Smart
It makes the NFL smart because more and more, people are realizing that under the current salary cap and CBA, the best managed teams are the winningest ones. Football is the embodiment of a team sport, and a sport where no one man can carry a team. That’s why it’s important to understand how to build a good, deep roster on a budget. The 49er’s are one of the best teams at it, and it’s paying off big time.

What This Means For The Future

It means Victor Cruz is going to be salsa’ing somewhere else unless he’s willing to take a pay cut. The Giants have too many holes to fill to pay Victor Cruz the top dollar he’s asking for (even though he’s earned it). Something will have to give. Sorry, ladies.

One thought on “Brains Over Brawns: Why The NFL Is The Smartest League Around”