Russell Westbrook plays balls-to-the-wall basketball. You may question his shot selection, but he plays with an intensity that makes it impossible to criticize his desire to win. He leads OKC in ways that KD can’t with his raw emotion and sheer will. But he’s making headlines a lot for his fashion choices at post-game press conferences. He even drew attention from All-Star Celebrity Game MVP Kevin Hart for his pant selection. He’s an icon in the NBA, a league that increasingly makes it’s on fashion and pop culture.

Kobe Bryant is putting up some serious numbers at age 34 in his 17th season in the NBA. He’s proven to the world that he will never age and that shark-juice-cartilage is great medicine for aging knees. It’s impressive alone that he’s scoring at a clip that we haven’t seen in years, but it’s flat-out astonishing to see how he has the ability to completely alter his game to fit his team. Kobe Bryant saw the NBA Memes, flipped a switch and ironically notched Steve Nash-like assist totals for a stretch of games that left everyone in the NBA uncomfortable with the realization that their excuses for stylistic flaws were now invalid. 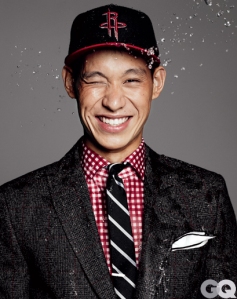 Jeremy Lin makes the list for more than being the first Taiwanese-American in the NBA. He changes a paradigm of how scouts look at smaller college conferences (Ivy League) and the D-league (I told you that John Wall match-up wasn’t a fluke!). He’s also a sign of how the NBA is growing as a global product into Asia and the power that market, and social media can have in creating phenomena like Linsanity. 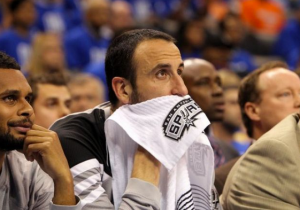 Manu Ginobili’s career has had a number of twists and turns. Injuries have made this explosive euro-stepping lefty inconsistent in recent years, but who can forget Manu coming off the bench in 06-07 and helping the Spurs win it all? Manu’s role as a superstar coming off the bench has set the tone and given validation to other big stars who don’t start. Who says you have to start to be part of the big three? Manu comes off the bench to provide energy and destroy opposing teams’ secondary squads. Starters too.

Derrick Rose brings an athleticism and out-of-control explosiveness that makes you question the laws of physics. I’m surprised that his knee gave way last year instead of the floor exploding beneath his feet. His speed and slashing ability made it possible to forgive his lack on an outside shot in earlier years (which, thankfully, he has remedied). We continue to love freak athletes with potential holes in their games (see: below).

5. Kevin Durant – The Efficient One 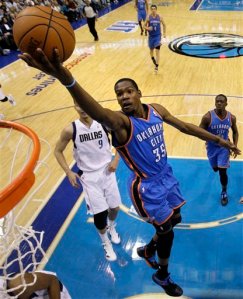 I kind of hate KD, but I kind of love him. I hate him for things that aren’t his fault, like his length and his shooting ability. I love him for what his level of play means for the future of basketball. The Durantula plays with ruthless efficiency that makes his stat sheets look like Aaron Rodgers’. His rise to the top of the NBA marks the end of the go-ahead volume shooter and ushers in the age of the efficient scorer.

Now that Jesus Shuttlesworth has gone to the Dark Side, I boo him regularly, shouting unreasonably at my TV screen for him to put up bricks. Unfortunately for me and the rest of NBA, he hits that jumper in our faces. Ray has been so good at shooting the three, he’s created jobs for great college shooters to be role players on contending teams. His presence on the floor and how it demands a defender changes the way teams can space a floor. The only caveat is that Ray is more well-rounded than he gets credit for. 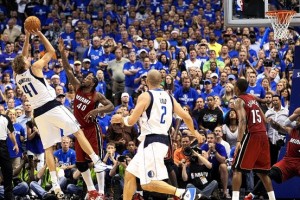 I blame Dirk for it all. I blame him for bringing a European style of basketball that has bigs playing on the perimeter. I blame him for the end of the post-up center and I blame him for making kids like me think that a slow falling fade-away is an acceptable shot. That being said, Dirk is an example of how bigs with shooting ability can pick apart defenses and change how size and positions are traditionally associated.

While Michael Jordan gave the world the first taste of what it means to have your best player be the one who takes the shots at the end, Kobe’s 4th quarter performances put Closer into the NBA’s vernacular and made it a requirement for all aspiring superstars (see: Lebron 2011 Playoffs). Kobe may not have invented hero ball, but he made the Clutch Gene a talking point for pundits and a criteria with which to measure all stars. And yes, this is the second time Kobe’s on this list.

1. Lebron James – The Chosen One 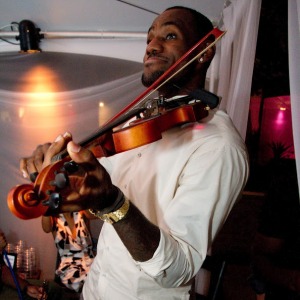 I hate Lebron. I hate him for what he did to Cleveland. I hate him for not being in the Dunk Contest. I hate him for eclipsing how great a season D-Wade is having and for taking Ray from my C’s. But I have to admit that he does it all. On and off the court he’s showing a versatility that’s breath-taking and infuriating. He’s expanding his reach off the court while he amazes us on the court. He’s the James Franco of basketball. He’s invented the position of point-forward or power-guard or whatever they’re calling it. Not since Magic Johnson have we seen such skill and passing vision from a guy this size. He can defend all five positions. He can score from anywhere and both his post-game and his perimeter shooting are improving constantly. Not to mention that he’s scoring at an unprecedented efficiency. He’s removing all doubt that he is the second coming. Bastard. 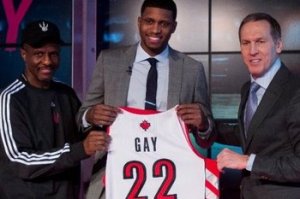 Unfortunately, Rudy Gay makes his way into this post because of his trade into the NBA’s version of a black hole, Toronto. His departure from a legitimate contender while being the leading scorer is a sign that Super-Teams like Miami have just about run their course in this new Collective Bargaining Agreement. It’s the beginning of the end as teams will need to move big-ticket players to avoid getting hit with brutal penalties for going over the salary cap. 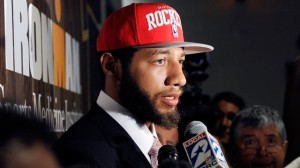 Royce White hasn’t played a single game in the regular season, but he’s determined to change the NBA for good. His anxiety disorder affects a variety of player responsibilities (most notably flying) and his refusal to play challenges how the league approaches mental health. White has started to play with Houston’s D-League affiliate, the Rio Grande Valley Vipers and time will tell how the NBA will respond to his demand for a mental health protocol.